Are you stuck in guilt or growing in grace?

Bad decisions not a bad person.

I don’t know about you, but I never associated guilt with anxiety. Have you? I always associated guilt with depression. You had so much guilt that you began to believe that a bad decision was somehow who you are, not just a bad choice. You know spending too much money on a dress, meant that you at your core were just completely irresponsible with money. Instead of a bad decision you ARE bad. I struggle with this a lot myself. Sometimes I look back to my twenties and would like a do-over. Most days I’m grateful I survived my 20’s, and know the bad choices led me to who I am today and without those bad decisions I wouldn’t be where I am at now. But other times I kind of wish I’d made good decisions and wonder what my life would be like if I did. You know if I had studied harder, (realizing later that the majority of my struggle in college was due to my depression, not because I believed that I just wasn’t smart), partied less, managed money better, or been more involved. 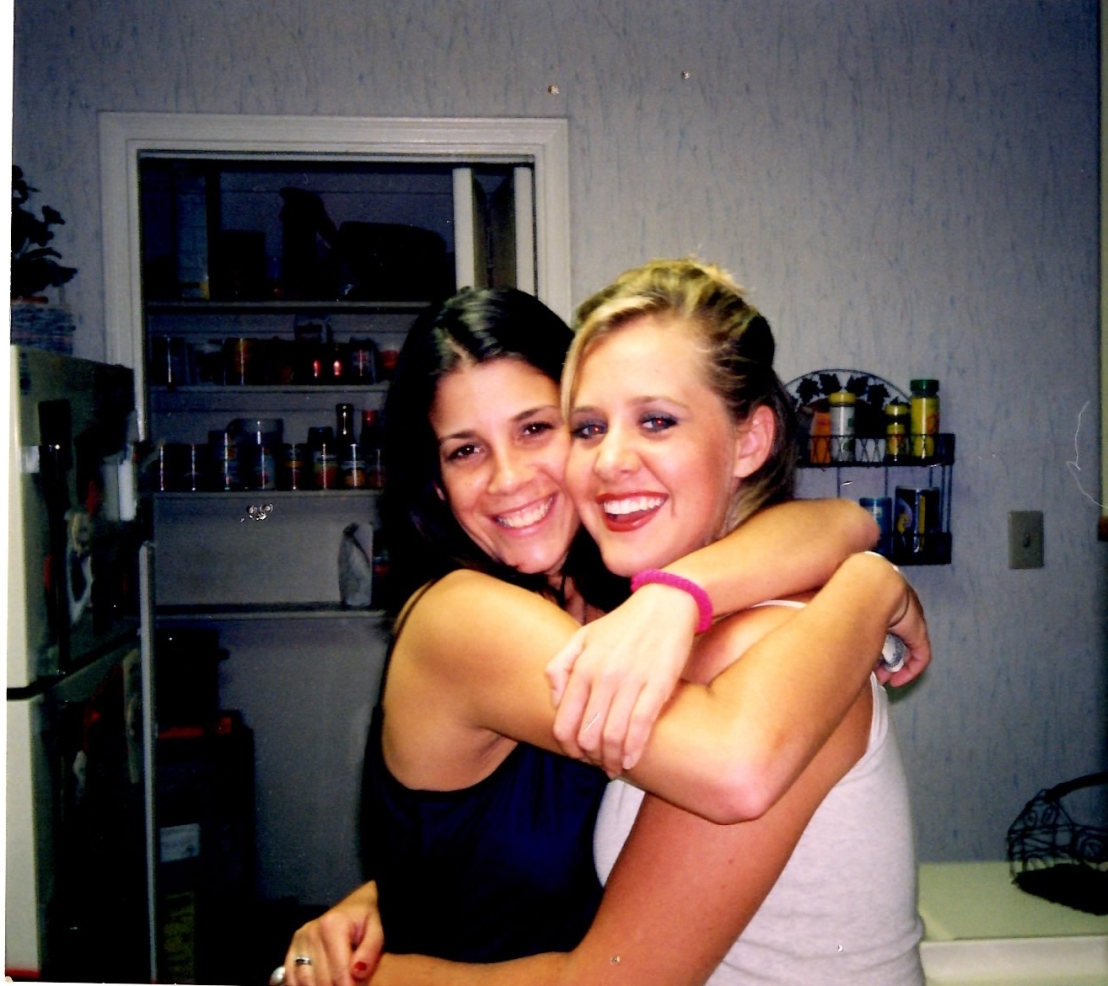 College days where I played more than I studied.

Because of our guilt we bury these frustrations and pretend these things didn’t happen we cover it up, deny it, or numb it, but the longer we do that the more we wage war on our soul. Maybe your guilt isn’t about things like mine, but maybe it’s how you treated someone when you were tired, yelling at your kids, or taking digs at someone who you really love. Guilt weighs you down and robs you of your joy. Don’t confuse guilt with conviction.

Post college when I was just beginning to process all the things that had happened to me over the years. Too many deaths, struggles and heartaches to process.

Guilt causes you to stay there, build a camp and somehow never leave.

Conviction acknowledges the mess up but remembers that grace outweighs guilt. Grace allows you to move on. Are you stuck in guilt or growing in grace? We all will mess up it’s inevitable, and the more I study the Bible the more I realize that everyone falls short. Somehow when we remember the stories of “famous” individuals in the Bible we forget their pasts and focus on their strengths.

Conviction acknowledges the mess up but remembers that grace outweighs guilt.

Somehow we’ve forgotten that grace applies to us too.

But really shouldn’t we be doing the same for ourselves? We don’t focus on Paul condemning Christians and being one of the worst offenders of the church. No, we remember how he wrote the majority of the Bible, how he spent most of his time in prison for his faith, how he spent the majority of his life pursing Christ. We remember him as one of the greats. The list goes on and sometimes those who were living lies completely outside of God’s best, seem to understand grace even more. Rahab is another one of those great stories, a prostitute who took in two spies sent by Joshua to check out the Promised Land. She saved them from death, asked for their protection, and trusted that God would keep His promises. In the end not only was Rahab spared, but her family was spared and she became a part of the lineage of Christ. I’d say she fared pretty well.

God’s got a plan, and His plan isn’t derailed by your mess ups.

Let’s live like we’re forgiven instead of chained to our failures.

Let’s stop missing out on what’s before us because we’re too focused on what’s behind us. We’ve all messed up and will continue to miss the mark. Let’s recognize we are flawed but, continue to pursue God’s best and trust that He’s got it figured out.

For I know the plans I have for you,” says the Lord. “They are plans for good and not for disaster, to give you a future and a hope. Jeremiah 29:11 NLT

And I believe my old worship pastor said it best.

← Why organizing lowers your anxiety.
PMS, Hormones and Mental Health →